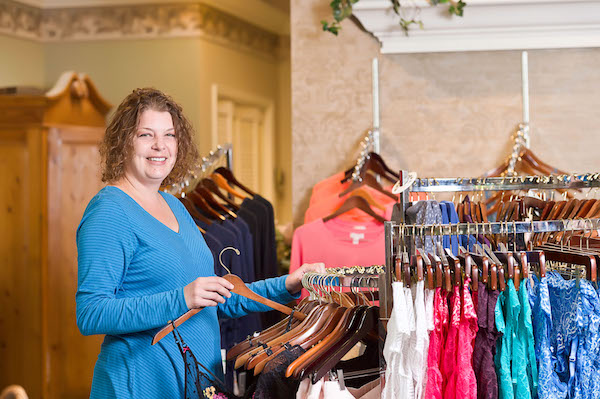 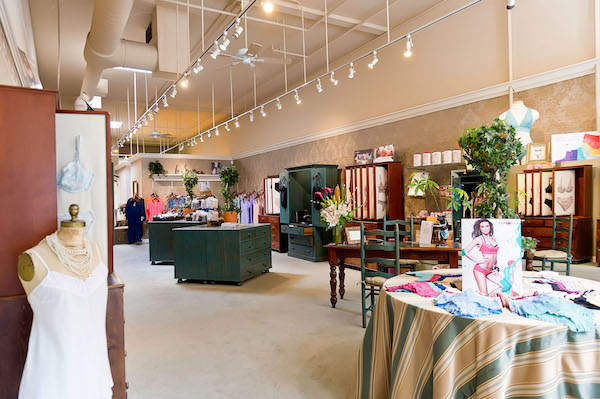 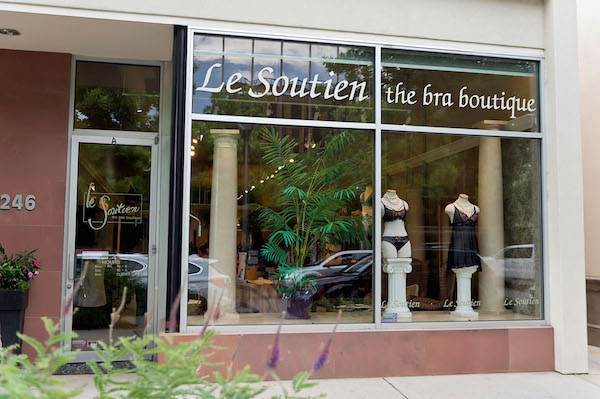 Almost a quarter century ago, Sharon Nelson decided to change the way Denver women wear bras for the better. The Monte Vista native had just returned to Colorado after leaving her job in New York City, where she had worked for a South Korean-owned department store. Unsure of what she wanted to do next, she was mulling her career options while waiting in line at Cinnabon in Cherry Creek when the idea struck.

“It must have been when they first started,” she says, because she couldn’t believe her eyes when she saw the line stretching around the corner. “I’m standing in line thinking, ‘What in the hell?’ These people were all standing in line for a cinnamon roll!”

Then, it hit her. “I thought, look at what they did. They took one thing from the bakery business. One thing. One, and they made it successful.”

With the sticky sweets as her inspiration, she set her sights on what she knew could be her one thing: European bras. A lifelong lover of lingerie, she became the first small business owner in Colorado to carry the imported bras and has been fitting women in sizes ranging from 32A to 40H for the past 24 years at her shop in the heart of Cherry Creek North. Located just a few blocks from where she first came up with the concept, she chose the location for its proximity to other small businesses and the walkability of the area, which she said remains unlike anywhere else in Denver.

Ever since, she and business partner Rita Hapgood have continued to add more intimate apparel options, including everything from pajamas and loungewear to sexy chemises and bridal lingerie, allowing Le Soutien to quickly become one of the most successful intimates shops in the area.

While European bras are typically more expensive, Nelson insists the investment is worth it because of the attention to quality. “Some of these manufacturers make over 100 sizes of bras, and that fit has to be right for a 38H as it is for a 32B. It’s the most labor-intensive garment you will ever own.”

For example, Nelson says, it takes 42 steps to put together a bra from Prima Donna, one of her tried-and-true brands that she’s always carried at Le Soutien. Typical department store bras only take about nine steps and typically last only a few months, whereas European bras can last a couple of years when they are properly cared for.

How to take care of your new bra is all part of the education process, which starts as soon as you walk in the store (no appointment is required). Whether you've planned a special trip or you're just stopping in while walking through Cherry Creek North, you'll be greeted by either Nelson or her longtime manager Tricia Etchart (pictured above) and whisked to the back for a private consultation and fitting—but don’t expect a tape measure.

“One formula cannot possibly take care of all these different shapes and sizes,” Nelson says.  “Sometimes, you’ll be one size in one brand and an entirely different size in another brand, just like in jeans.”

A well-fitting bra “changes your posture, how you walk, your attitude, how you look,” she adds. “People have said to me, ‘What difference does it make? No one ever sees it.’ I say, ‘Yes they do. They see it every day. Every person you run into sees it, you just don’t realize that they see how you look and how you’re carrying yourself.’”

While the rise of online shopping and cheaper undergarment options has been a challenge, Nelson says the level of customer care Le Soutien offers will never be attainable through a digital transaction. Fittingly, the name Le Soutien means “support” in French, and that’s not only reflected in the product, but also the service.

Etchart, who has been with Le Soutien for about 13 years, says she loves being able to help solve women’s bra issues and develop those close customer relationships. After more than two decades in Cherry Creek North, she says she's now fitting the daughters and granddaughters of longtime clients and is thrilled to continue the tradition while welcoming even more women through the doors.

“I want them to understand that they are getting the quality they are paying for,” Etchart says. “I really love being able to share that knowledge with everyone and make people feel more confident about how they look in their clothes.”