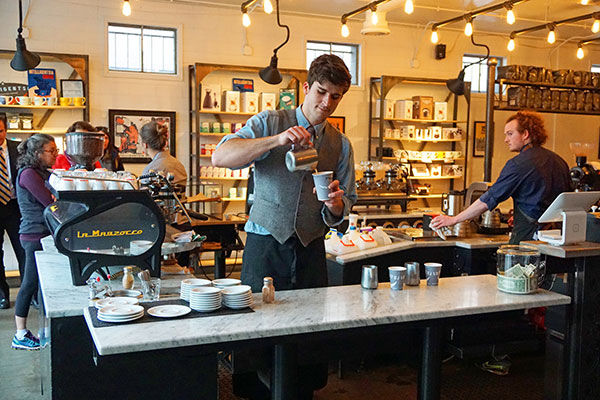 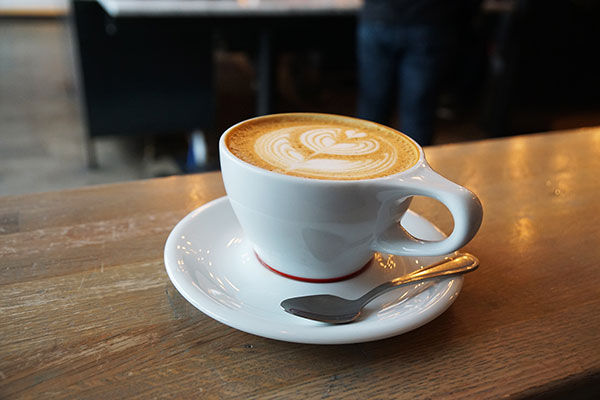 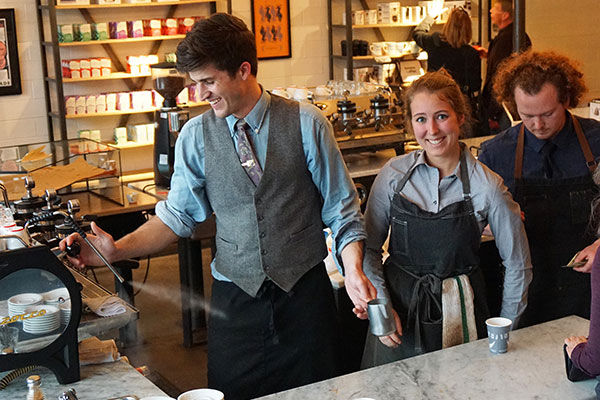 Aviano Coffee owners Douglas and Saadia Naiman agree, bringing craft coffee to Cherry Creek North in 2010 was the best move they ever made. We met in their unique space, which is designed to change everything about how the customer experiences coffee from the outside to the inside.

What kind of coffee did you bring to Cherry Creek North?

We brought craft coffee to the area for people to enjoy coffee as a culinary experience–introducing people to different varietals of coffee, farms, a whole different coffee sourcing and a different roast.

We introduced a lot of science components into coffee preparation. We also brought coffee down to the basics again, for example, there’s no such thing as a 16 ounce cappuccino. We don’t offer a lot of flavored syrups. It’s a change for people, but one they seem to like once they taste the coffee.

Without giving away trade secrets, can you tell us more about the science?

We dial in our coffees and our recipes every day so every coffee has its own recipe and we base that on taste and scientific measurements. A refractometer is used to measure dissolved solids in the coffee. So basically we use science and our palates to be sure we serve a really great cup of coffee.

So you essentially have coffee sommeliers?

There’s actually a name for that, they’re called “Q Graders” and there aren’t that many in the world. We have a staff member training to be a Q Grader. It’s training the palate for tasting coffee. Coffee happens to be one of the most complex beverages. It has more than 800 different chemical properties. Coffee is actually graded on the same scale as wines are, so you get point ratings. To learn how to make the best coffee, our baristas spend about a year in training. We want our customers to have a great tasting drink and one that is beautiful as well, but it’s the taste that really matters. Our staff can make everything, no matter who’s on the bar. So when a customer comes in, they are going to make them the best drink, so that one year is really important.

Tell us about the coffee that you serve.

We have been carrying Intelligentsia since 2006. They have an “In Season” model. They process and sell within just a few months’ time, when it’s at its peak. In season coffee is always less than 9 months from harvest. The company treats coffee like a produce, once a lot is out, you won’t see it again until the next harvest season. In other words, the coffees aren’t available year ‘round like typical coffee is.

And Intelligentsia has a unique sourcing model, called Direct Trade…

Yes, they started the Direct Trade approach to sourcing. Instead of focusing on just a “fair” price, which only stimulates the farmer to produce quantity, Intelligentsia pays 25% over fair trade price to encourage the farmer to focus on quality. They visit the farms frequently and foster sustainable practices.

Describe your shop’s interior, it’s not like any other coffee shop that I’ve seen.

We wanted a refined industrial space where coffee was the focus, the center point. And, we wanted a place of energy. The goal was to get people out of their comfort zone. People come in and order, then get their drink and service and then pay. The customer walks in, the barista introduces himself, there’s no big menu. We wanted a model where the customer and barista get to interact a lot. There’s a small menu and we can go through it together.  The espresso machine is right there. We put the counters very low so that you have full view of the latte art–the steaming and the pour, we don’t use any spoons on the foam. Then, you pay and you leave a tip after you get the service. We’ve brought you close to the coffee, the staff and the service you’ve just received.

With the shop as a whole we wanted to make it more like the coffee is the center point. We wanted it like a stage with an audience. You see the bench seating is elevated with every body facing the bar. We put the bar right in the middle. In the summer, there’s a fluidity with the outside. We put in an aircraft hangar door on the front, so people who walk by and want to watch the coffee process can do that. For the barista, it’s almost like they are working outside. Everyone on the street can see what they’re making.

We have a very diverse customer base. We have moms, we have kids, and we have business people. You can come on a Friday and a lot of deals are going down. We want to cater to everybody and that’s pretty much how it’s worked out. We’re diverse…just like Cherry Creek North.

America, Norway, Iceland, London. And it’s just starting to take off in the Middle East like in Dubai and Qatar.