Unexpected treasures from places both near and far fill up nearly every inch of space at Cherry Creek North’s oldest rug shop, Cherry Creek Oriental Rugs. A selection of fine art, sculptures and pottery crafted by artists from Colorado to China are displayed wherever there’s room between hundreds of handwoven rugs stacked dozens high. 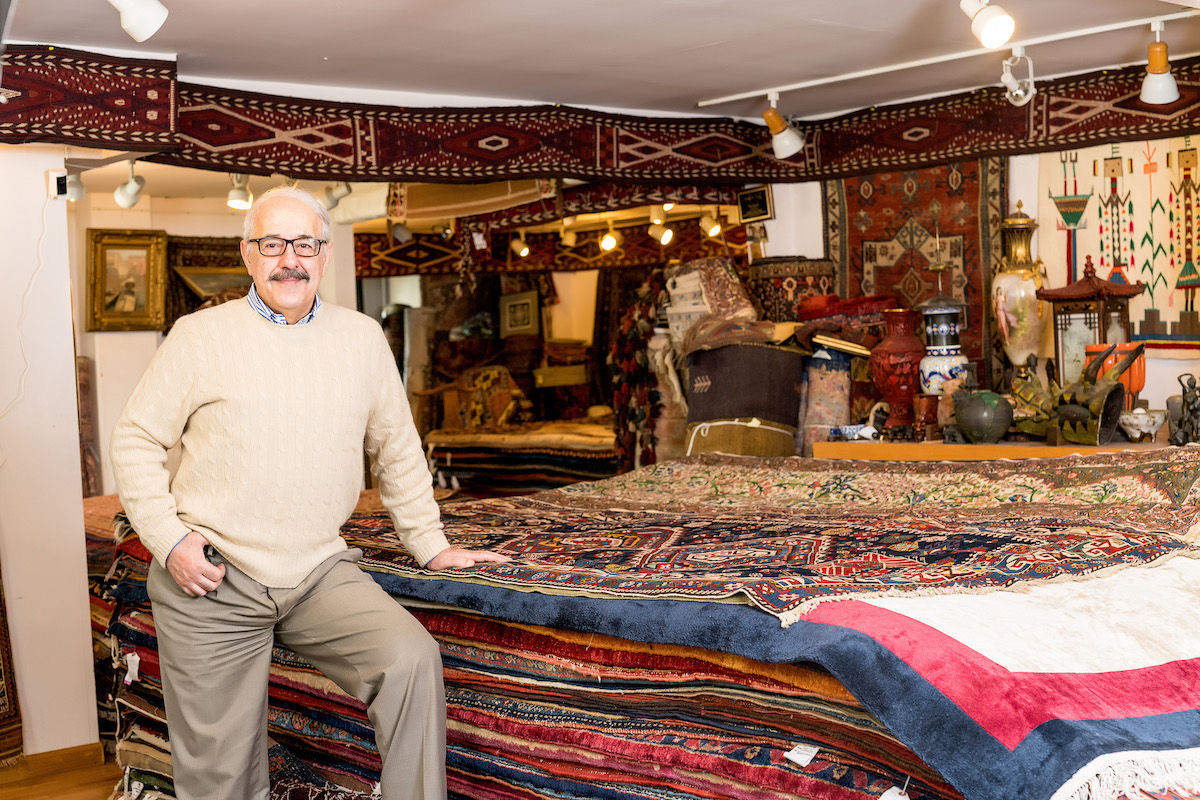 Mark Bagher owns the oldest rug store in Cherry Creek North and has been selling fine rugs and art here since 1993.

Each of these rugs tell a story—when, where and how the weaver lived, their religion and class status—and owner Mehrdad “Mark” Bagher has helped preserve their insight into world cultures by sharing their stories with his customers since the early 1990’s.

Born in Tehran, Iran, Bagher has always had an appreciation for the artistry behind high quality rugs, following both his father’s and grandfather’s footsteps in the trade. He opened his first rug shop after high school, spending his evenings working toward his bachelor’s degree in art. He moved to Canada to pursue a graduate degree in economics from the University of Regina in Saskatchewan and then continued on his post-graduate education the University of McGill in Montreal.

“When I started life, I decided I wanted to work for myself doing something I love. If I get rich, I get rich. If I don’t, I don’t.”

After finishing his education in 1982, he was drawn back to the rug trade and began a wholesale business in Santa Barbara, California, importing Persian rugs from his home country. However, plans changed when the Reagan administration sanctioned trade with Iran in 1987.

“I sold my whole inventory,” he says. “My territory was from San Francisco to Chicago, and I had traveled to Denver a lot. I really liked the weather, the city, the people—I liked it a lot—and I liked the mountains, the fishing, you know. When I decided to move out of Santa Barbara, I said, ‘The best place for me to move into is Denver.’” 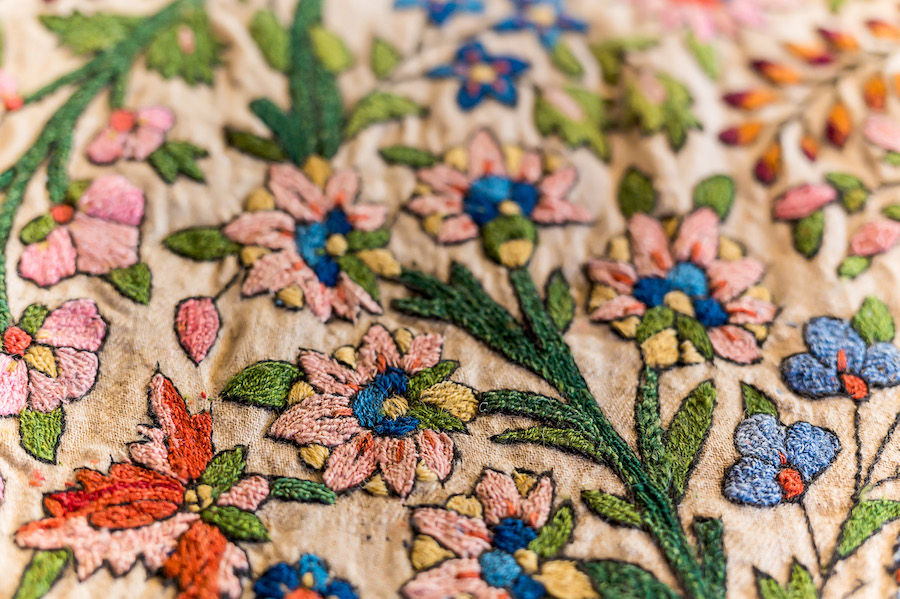 He came to the Mile High City the next year, bought his current building and opened Cherry Creek Oriental Rugs in 1993.

“We did a lot. We wrote the new bylaws [and] did a lot of good, I hope... I think we now have everything we need here to be the jewel of the neighborhood.”

Bagher’s unique collection of antique rugs runs the spectrum; he collects everything from Persian and Gabbeh to Oriental and Tribal rugs. Spanning nearly his entire parking lot at 17-by-37 feet, Bagher’s inventory includes some of the largest rugs in Colorado, and many hard-to-find pieces like a 12-by-20 feet Serapi. He spent years regularly traveling the world to find much of his stock, searching the global rug markets in Europe and Iran and beyond.

Though he’s slowed down in recent years—“I’m at the age where travel is getting harder!” he says with a laugh—his passion for the trade has never waned.

“I believe that rugs are made as art for the floor. That’s why I go for more of the older ones rather than the newer ones, because the newer ones are mass produced. The weaver has nothing to do with the design of the new rugs. They give her a checkerboard of a pattern. It’s done on a loom and the exact picture of the pattern is on the loom. They just fill up the holes—go home, come back tomorrow, fill up the holes.”

“But in the old days,” Bagher explains, pointing to a rug hanging on the wall, “For example, this rug is from 1880s and the person who made this rug has his own artistic level of knowledge to make the rug. He never made it for someone to sell it. He did it because he loved to do it, like an artist who paints. He was Christian in a neighborhood of all Muslims. Therefore, he put several crosses in there.”

Bagher has an eye for detail and design. No matter the size, color scheme, pattern or country of origin you're searching for—he'll help you find the perfect rug for your space.

He points out the cross designs: “You see? He wanted to show that he still has his own ethnicity, his own religion. This is what I like about these rugs.”

Bagher’s decades of knowledge keep people coming back year after year and he enjoys sharing this knowledge with anyone who comes through his door.

“I have a lot of loyal customers who come from the neighborhood and all over the country. A lot of times, they come to ski and come here and get interested. The next year they come to Denver, they come here and buy another one… A lot of people when they come here, they don’t know anything about rugs, but after spending two hours with me, they know what they are looking for. Even if they don’t buy from me, they have more knowledge at least about the wool, about the dyes.”

Another hobby of Bagher’s is collecting artwork and antiques. A Korean gong sits on a shelf in the corner near a Native American painting, and he brings out even more valuables from the back room: a Tiffany & Co. lampshade, a glazed green ewer from the Song Dynasty and a Chinese floral art piece carved entirely from ivory. And those are just a few of his much-loved treasures.

Hanging near the front door is a small loom from Afghanistan with the word “America” woven in wool. “I bought it because I wanted to show the client the way rugs are made,” he explains. “Sometimes I bring it down and make a couple of knots to show them how the knots are done.”

Hands-on is the only way Bagher works. Though “work” wouldn’t be the word he’d use to describe his career. And retirement? That’s not in his vocabulary, either.

“You think I’ve worked? I’ve never worked,” he jokes. “I never work to retire, that’s what I always say.”

One day, he plans to donate his collection to a museum. Until then, Bagher will keep weaving these connections through history, one rug at a time.