A diamond anniversary is no small achievement for a family-owned and operated jeweler. As Brien Foster reminisces on the past 60 years—going all the way back to when his mother Patricia opened her first jewelry shop on Feb. 9, 1959 when he was just 8 years old—he turns to his family keepsakes to tell the story of his mother’s truly brilliant legacy. 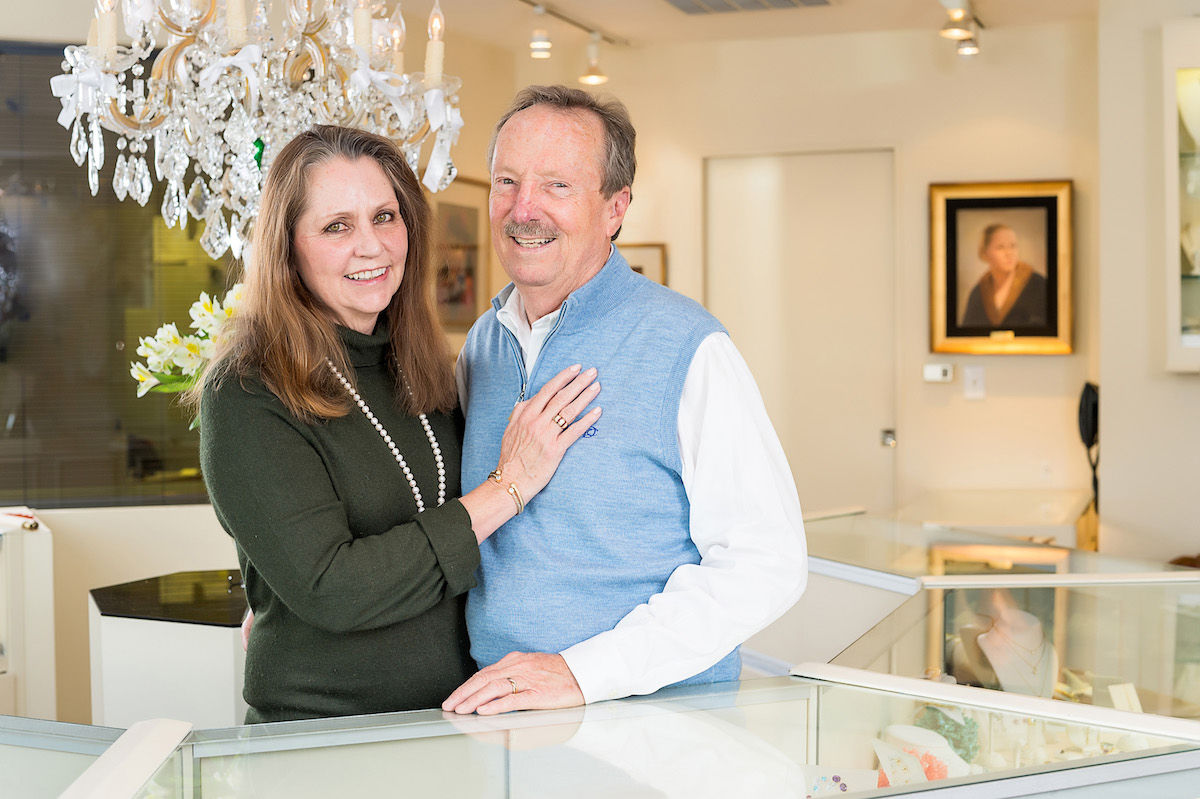 Cindi and Brien Foster celebrated 60 years of Foster & Son Fine Jewelers in February 2019. Brien's mother, Patricia, started the business in 1959, making it one of the oldest fine jewelers in Denver. Her portrait is prominently displayed in the showroom, and many longtime customers remember her fondly.

From the scrapbook of photos taken at each of the previous Foster & Son stores, including the original Cherry Creek Shopping Center location as well as four previous addresses in Cherry Creek North, to the framed family photographs prominently displayed in the sitting area, it’s clear Brien and his wife Cindi consider the business, and their customers, part of the family.

As he runs his fingers over a silver tray—a gift he got for his mother to celebrate the 25th anniversary, featuring custom engraved signatures from all former employees from over the years—he reflects on how hand engraving is a lost art.

“Some of these signatures are so beautiful,” he says. He points to his wife’s signature. “Look at you! We weren’t even married… There she is. ’79. We got married in ’80.”

But as much as Brien loves to get sentimental, he also can’t resist a good joke: “I think we were broken up then. I think I returned your Christmas presents that year.” 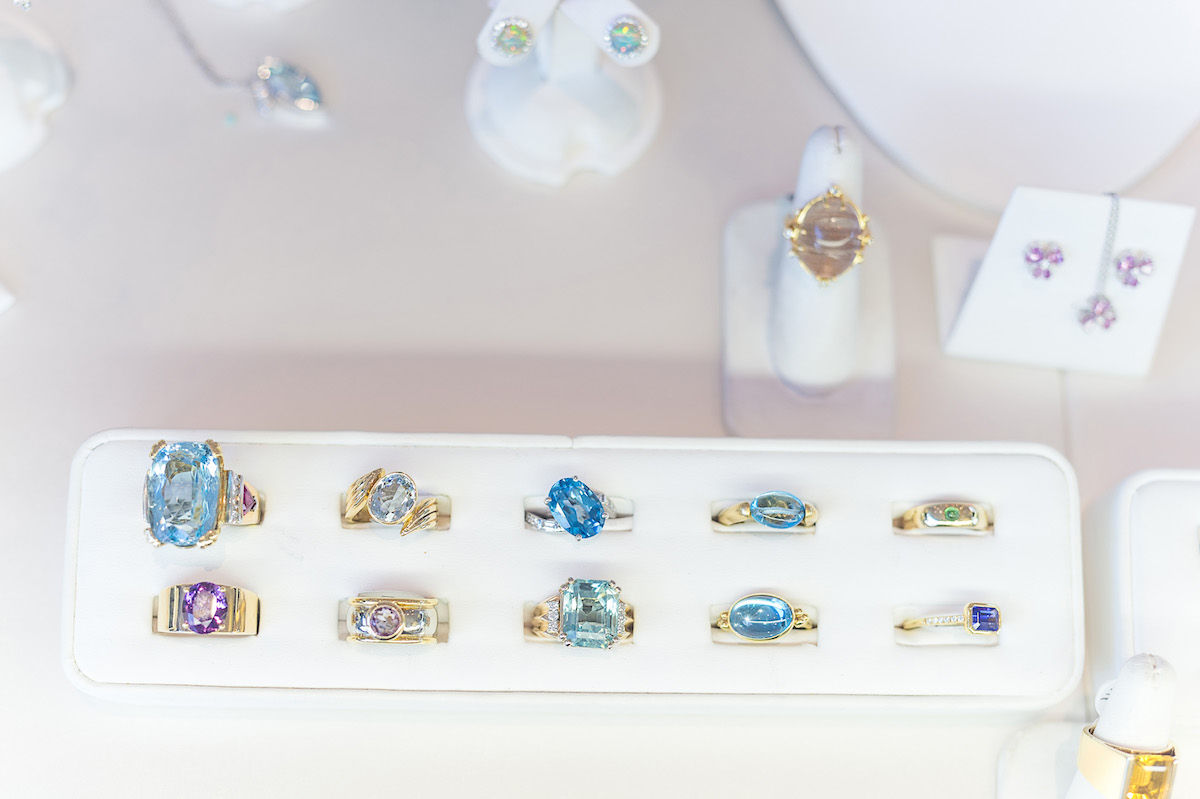 The Fosters always keep a good sense of humor, especially considering how the business began.  After working under a respected local jeweler, Patricia decided to launch her own shop. Unfortunately, it opened in the dead of winter.

“She said it was the dumbest thing she ever did,” Brien says. “There’s no business in February. She nearly starved to death her first year.”

After “never making a nickel” in her first location at the shopping center, the 37-year-old single mother of two moved her shop (formerly called The 14 Karat) to 2nd Avenue, where it remained for 12 years, then onto Steele Street for the next 20. Since 1998, Foster & Son has been settled in a brightly lit and welcoming 3rd Avenue storefront.

“What I love about this store in particular is watching everybody out our window,” Cindi says. “I love watching all the moms walk around with their little kids.”

Foster & Son beckons passersby with something interesting in every case—from classic engagement rings to unique estate pieces—and also offers design, manufacturing and repair services. As soon as customers walk in, they won’t make it far past either Foster without a welcoming offer of a coffee and a complimentary jewelry cleaning.

This level of hospitality and individual attention has led to lasting relationships with their customers. 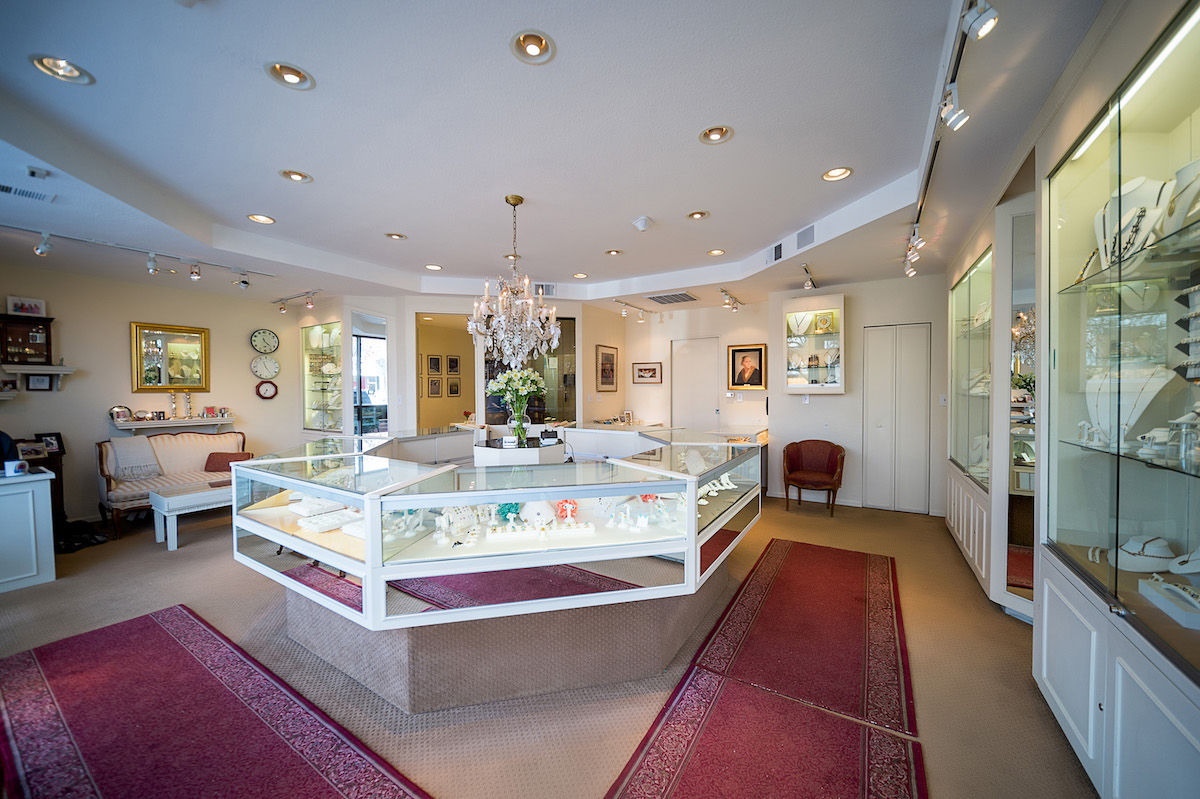 Foster & Son is now serving fourth generation customers, and both Brien and Cindi believe in treating everyone who walks through their door like family.

“Truly our saving grace is our longevity,” Brien says. “The fact that we’ve had lifelong—you know, I think we’re on our fourth-generation customer—that’s really fun.”

Brien joined his mother in the business in 1975, after working part-time at a jewelry store for three years while serving in the Navy just outside of Memphis, Tennessee. While his main goal was to save up cash to buy a boat (he loved driving to Mississippi on weekends to go water skiing), the experience proved an invaluable introduction to the jewelry business.

He met Cindi during one of those many weekends on the water. “My college roommate was dating his then-roommate,” Cindi, a Colorado State University alumna, says. “They introduced us.”

“She didn’t want to have anything to do with me,” Brien deadpans. “But I was persistent.”

It worked. During her college summers, Cindi came to help out with his mother’s business. “I adored Brien’s mom,” she says. “She was spunky, which translates to us not getting along every single day, but she and I developed a really great relationship.”

Three years later, Brien and Cindi got married, and went on to have two boys. In 1978, the store changed the name to Foster & Son (but they’ve always kept the same phone number ending in “1414” to pay homage to the business’ original name).

Brien and Cindi purchased the business in 1987, after Brien had worked 12 years by his mother’s side. Though she passed away in 1991, a portrait of Patricia hangs in the showroom, and many longtime customers still remember her fondly.

The Fosters aren’t sure whether either of their sons will join the business, but they’re not too concerned.

“Fortunately, I love what I do.” Brien says. “It’s a fun business. You get to work with people who are doing nice things for people they love.”

“To get a chance to carry the business forward, it really has been wonderful,” Brien says.