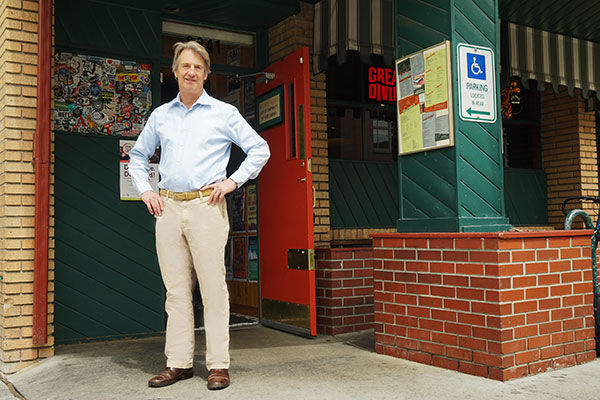 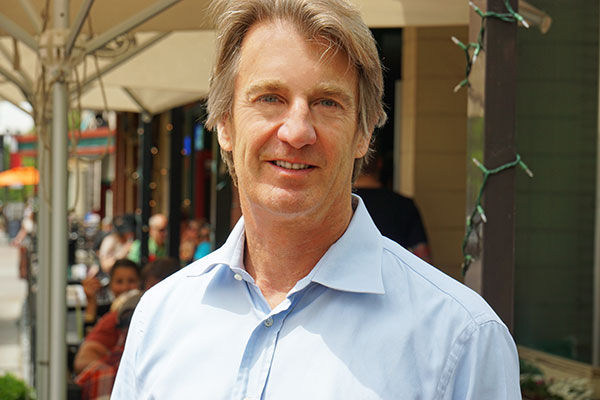 Voted Reader’s Choice for Best Hamburger by Westword, the reign of The Cherry Cricket could have come to an end in 2016 after a fire destroyed its kitchen. We sat down with Lee Driscoll, CEO of The Cricket’s holding company, to discuss why he believes the iconic Denver landmark “has fairy dust on it” and a recipe for simple perfection when it comes to feeding its faithful.

You’re CEO of Breckenridge-Wynkoop, LLC which owns and operates seven restaurants and brewpubs in Colorado, including The Cherry Cricket. But the path you took to get to this position is really interesting…

Lee: I was an Assistant District Attorney in Manhattan for five years in the early nineties at the peak of the crack epidemic. It was an incredibly exciting time to be a prosecutor. We worked 24/7 and slept in our offices. I don’t think you could do that if you aren’t in your twenties!

Ultimately, I wanted to be in Denver and I came out here and begged my friend John Hickenlooper for a job. He gave me a job as general counsel at the Wynkoop in 1999. Low and behold, he became Mayor in 2003…which makes me the single greatest beneficiary of his political career. (At least, that’s what I tell people). I stepped into the leadership position here when he became mayor.

Lee: I tell people The Cherry Cricket has fairy dust on it. It was like that when we bought it and it was one of the things that was attractive to us. Very sadly, the founder of the modern Cricket, Eli Maguire, died of skin cancer. We purchased the restaurant from her father in 2001. It was really well-run at the time. She had been sick for quite some time and had developed an incredibly loyal management team that had been running the restaurant on their own. And, when we bought it, we let the management team continue to do just that. Today, it really is the same management team and employee base that was originally in place.

Let’s talk about what the restaurant does so well, and I think part of that is recognizing that great food and great craft beer don’t have to be mutually exclusive. Would you agree?

Lee: Yes. The craft brewing movement had a real revival in the late Nineties to early Two-Thousands in Colorado and really started its growth trajectory then. And lots of better restaurants started adopting some craft. I think that’s where we saw the rise of the pub restaurant serving really good craft beer. These days about 95% of what we serve is craft and about 70% of that is local, and 20% to 25% is really outstanding regional craft beers.

In spite of all of The Cherry Cricket’s successes, you were dealt a blow in November of 2016. Can you tell us what happened?

Lee: Well, on the busiest night of the year—the Wednesday before Thanksgiving—we had about 300 people in the restaurant and we were on a wait. We had a little fire on the grill, which caught the insulation behind the hood on fire. We put the actual fire out within a couple of minutes and everyone was able to get out of the building safely. The fire department came and we still had this issue of it smoldering, so it took the fire department and a couple of trucks of water to finally put the smoldering out. This was really critical because if they had left it, or hadn’t been as diligent as they were, it could have caught fire again later in the night and potentially burnt the whole building down. There was a lot of damage principally to the kitchen, which was completely destroyed.

What happened to The Cherry Cricket’s employees when you had to close for five months?

Lee: I’m grateful we were able to keep our staff working during the entire time the construction was going on. They did charitable stuff, like Habitat for Humanity and Metro Caring. I think we did the biggest Metro Caring drive in their history. [The staff] is excited to be back to work. They are the critical piece that will get us back to where we were before the fire.

Was there ever any question about the Cherry Cricket reopening after the fire?

Lee: No, no question about it. It’s funny because you would look at this building and think it is ripe for being torn down, but with the Cherry Cricket in it, it’s not going anywhere.

Let’s talk about this building. A lot of upscale development has taken place around the Cherry Cricket, but the restaurant remains in its modest blond brick building with its huge signature sign atop.

Lee: I’d say the development of Cherry Creek has been really good for the Cricket because it has brought so many more people down here. The fact that the Cricket is well established and we own the building has really helped us to be able to stay here as an independent. These days it really stands out as something different in Cherry Creek, and we think that’s great.