For those of us accustomed to having our eyes glued to an iPhone or laptop all day, completely disconnecting can be more challenging than it sounds. But for Sigler’s clients who have experienced a 60-minute float session or one of the other therapies offered at VIVE Float Studio+, the benefits to both mind and body are worth slowing down for.

“It’s passive wellness,” Sigler explains of VIVE’s therapeutic approach. “I’m not asking you to put one more thing on your calendar to do, other than making the appointment. Once you’re here, we serve you.” 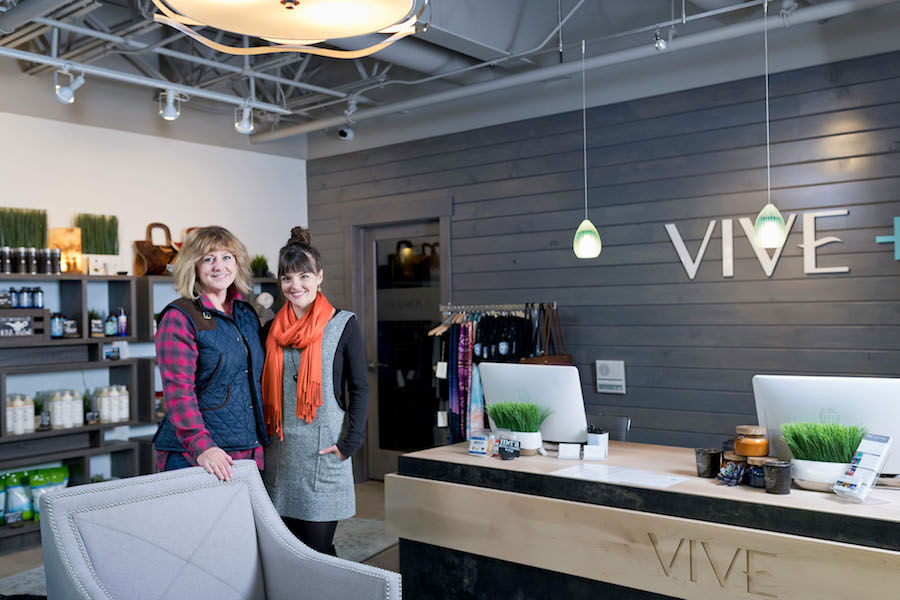 At the end of her corporate career, Sigler found herself exhausted and feeling lonely after years of business travel. She knew she wasn’t alone, either. “That particular pace of life is conducive to loneliness, in my opinion, and we (as a society) were pushing that. Many younger people in corporate America are finally recognizing that we should not be proud to be overextended. If we don’t start reversing what we were taking great pride in—our busy schedules—we’re in trouble.”

After watching Arianna Huffington's TED Talks, in which the Huffington post co-founder famously praises the healing power of sleep and rest, Sigler knew she had to make a change. On a trip to Israel, Sigler had a “powerful experience” floating in the Dead Sea, which is world-renowned for its high salinity—roughly 8.6 times saltier than the ocean—that provides a natural buoyancy, allowing swimmers to float with ease.

“It was maybe two years after that, and I thought, what do I want to do with this second season of my life? I just wanted to do something that I’m passionate about.”

She hadn’t heard of float therapy until one day a Groupon—“like a little miracle”—touting the service came across her desk. She spent the next couple of months traveling across the country touring float therapy facilities and went on to open the first VIVE Float Studio in Frisco just nine months later. Soon thereafter, she launched the second location on Steele Street in Cherry Creek North and the third in Old Town, Chicago.

Sigler felt Cherry Creek North was an ideal spot to launch her first float studio with expanded services, called VIVE Float Studio+. “It calls something out in me—the greenery, the high rises—it’s all a beautiful combination, if you ask me,” Sigler says of Cherry Creek North. “And it does quiet a person’s soul, just walking around in Cherry Creek and seeing the ‘shop small’ mentality throughout. It’s the perfect little haven.” 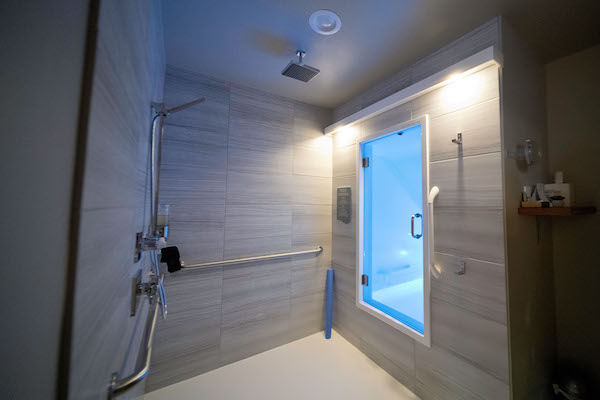 All of the float rooms are private suites, and can be customized with music, lighting and more to provide ultimate relaxation.

VIVE Float Studio+, the first national rest and recovery wellness center dedicated solely to simultaneous mental and physical restoration, specializes not only in float, but also cryotherapy, infrared, vibroacoustic (VAT) and halotherapy. Sigler’s vision to create a calm, clean and curative environment led her to embrace additional all-natural modalities that focus on total wellness, and to create a place for those with ailments like chronic pain, stress-induced illness, and sports injuries to experience mental and physical healing.

Every float therapy room is part of a private suite, which contains an open bath area that holds 10 inches of water with 1,000 pounds of magnesium salt—a higher salt concentration than the Dead Sea. All of the float rooms are state-of-the-art, with extensive filtration systems, underwater color-changing lighting, and audio capabilities (which come in handy for those who prefer not to float in silence—Sigler says instrumental music and hypnotherapy recordings are popular choices).

All members also have access to the Quiet Center, a low-stimulation room with several cozy reclining lounge chairs, an organic tea bar and a calming water feature. Next to each chair is a small table with pen and stack of postcards that are emblazoned with the definition of “valued.” Fill one out and the studio will stamp and mail it for you. “It’s a great way to remind someone that they are valued and seen. We go through more of those (postcards) than I would have ever expected.” 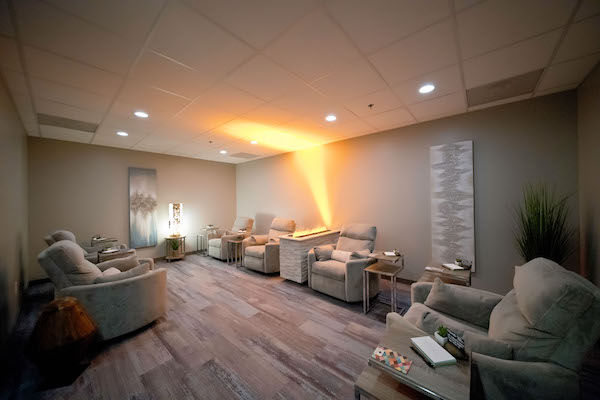 Members have full access to the Quiet Center, with cozy chairs, an organic tea bar and a relaxing water feature.

Second to float therapy, cryotherapy is becoming one of VIVE’s most popular modalities. Before the Denver Broncos obtained a similar cryochamber this year, the Cherry Creek North studio was home to the coldest cryotherapy machine in the state of Colorado. The cryochamber works by exposing the body to ultralow temperatures using liquid nitrogen, and the restorative effects of cryotherapy have become exceedingly popular with athletes. The cryochamber can be customized to target certain areas of the body and can also switch to deliver heat during the experience for richer results.

“It’s the best three minutes of your life,” Sigler says, adding that while many of the other therapies on offer are relaxation-focused, cryotherapy provides those in need of pain relief with an intense jolt of cold. “Cryo creates a very alert, very awake, feel-good response. I had to be open to the fact that some people need a little boost and clarity. But it’s turned out to be a great investment, especially for people with chronic pain.”

Whether you fancy a float, want to explore what cutting-edge cryotherapy technology can do, or are interested in another alternative therapy that addresses both your mental and physical wellness, your journey to relaxation and recovery begins with VIVE Float Studio+.