For 25 years, Cherry Creek Dance has been making movement happen seven days a week and about 355 days a year. 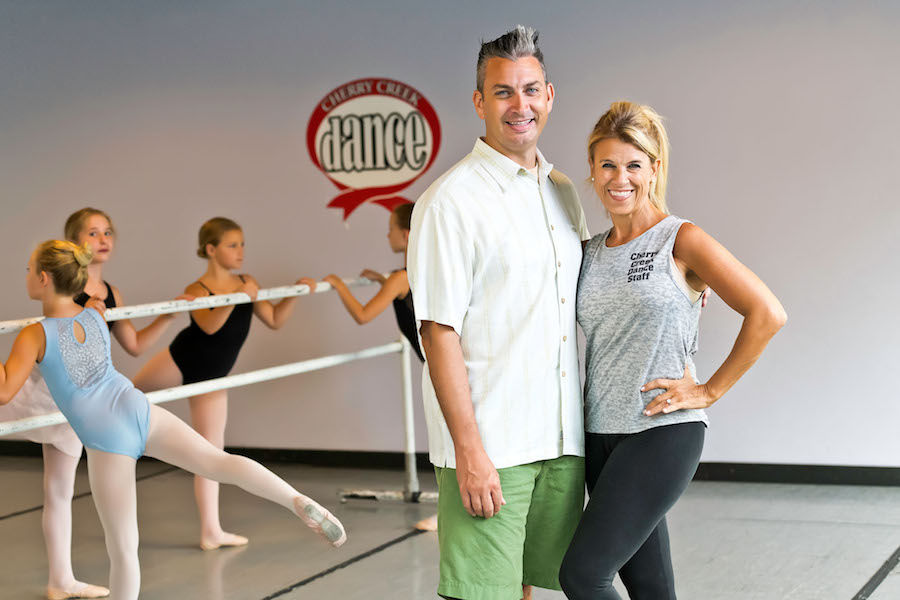 Stephanie and Lee Prosenjak own Cherry Creek Dance, which is celebrating 25 years in business this October.

Welcoming 2,500 students each week to their East 3rd Avenue location, the long-serving studio teaches everything from ballet, jazz, tap and lyrical to hip-hop, break dancing, poms and cheer.

“We probably have the longest hours of anybody in Cherry Creek North,” says Lee Prosenjak, who co-owns the studio with his wife Stephanie, who also serves as artistic director. “We start our classes at 9 am every day and our classes end around 9:30 or 10 o’clock at night. Not even Starbucks is open that much.”

Stephanie, who has performed all over the world and is a former member of the Denver Nuggets Dance Team and Denver Broncos Cheerleaders, began Cherry Creek Dance in 1993. The first location at the corner of 3rd Avenue and Clayton was funded with a $10,000 loan from her grandmother and had one dance room and a lobby. “When I started, I knew that Cherry Creek North was the place I wanted to be,” Stephanie says. “It’s where I liked to hang out, where I liked to be. I knew it was centrally located and I decided this is it, this was home for me.”

When the studio opened, Stephanie just hoped that the phone would ring. “Very shortly from that, it started to ring a lot, so we expanded to a second room, a third room,” she says.

In 2008, after increasing to six studios at their former location, Cherry Creek Dance moved to their current space and now offers nine studios and enough space to teach dancers ranging in age from 16 months through adulthood. “We train the current Ms. Colorado Senior America — it would be impolite to ask a woman how old she is, I would never do such a thing — but she’s got to be probably in her 70s, I would guess,” Lee says. 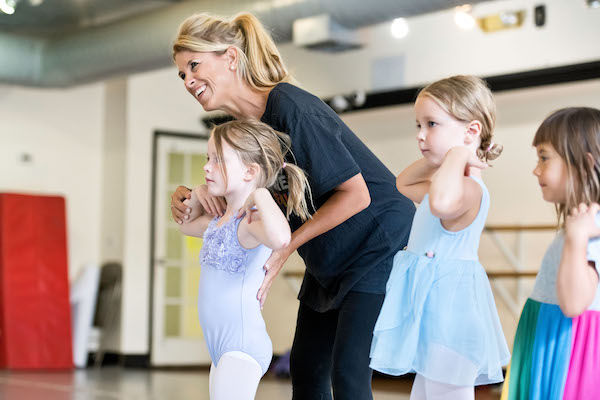 Born in Loveland, Stephanie moved to Denver when she was just a couple of years old and attended Cherry Hills Elementary School. Lee’s family moved to Denver from Ohio when he was a teenager and he went on to graduate from East High School. Lee, who makes it clear he helps with most everything at the studio except for teaching dance, was immediately drawn to Stephanie’s dedication to her craft.

“I was a lighting guy for rock concerts and theater shows,” he says. “I used to travel the world with lots of different bands and shows, and I met Stephanie working one day when we were at an event where I was doing the lighting. She and some other instructors were hired to go and perform and teach a lesson. Stephanie saw me do all this production work and she said, ‘Hey, can you help me out? I’ve got a recital coming up for my dance studio in a couple of weeks.’ I said ‘Yeah, I’ll do whatever you want.’ So that was it. I jumped right on board. I could clearly see the passion. I could clearly see what an awesome service this was providing and how much art Stephanie was able to create, and I knew I would love to be a part of that.”

That was 19 years ago. Soon after they met, Lee began working full-time at the studio and the rest is history. “We’ve been married 13 years now,” Stephanie says. “Our staff has been around with us for a long time. We really love to employ artists.” 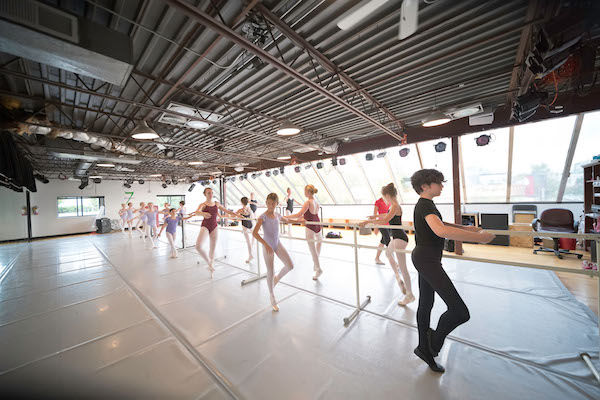 “We’re always up for special things that are out of this world,” Lee Prosenjak says of Cherry Creek Dance's willingness to get out into the community. “It’s really part of our normal run-of-the-mill day, which is sort of crazy.”

The Prosenjaks’ dedication to building strong relationships extends beyond the studio’s walls, as Cherry Creek Dance frequently partners with local businesses and community organizations for events, doing performances to celebrate openings, product launches and more. From flash mobs at Union Station to fundraisers at the JW Marriott, Lee says he and Stephanie love giving their dancers an opportunity to get in front of audience.

“We’re always up for special things that are out of this world,” he says. “It’s really part of our normal run-of-the-mill day, which is sort of crazy.”

In preparation for their 25th anniversary this October, Cherry Creek Dance had an early celebration last year, hosting a recital that included some of their all-time favorite numbers through the years. While Lee says they might throw a big party to mark the actual milestone, it comes at a busy time for the studio, as they will be in full preparation mode for their annual performance of the Great Russian Nutcracker in partnership with Moscow Ballet. Only four performances will be held in December at the Paramount Theatre, so make sure to get tickets before they sell out.

With so much going on, it's easy to imagine how the stress might get to the Prosenjaks. But Lee jokes that his habit of being a night owl and Stephanie’s tendency to go to sleep much earlier makes it so they can almost cover 24 hours of one or the other being at the studio with no problem.

“It’s not hard to find happiness here,” he says. “We inspire art all the time. To be able to create that on a daily basis, it’s an honor. I’m not a dancer, but I love to inspire those who are.”