When it comes to food that’s made the Mile High City famous, the Denver Omelet is probably the first to come to mind. But Cherry Creek’s namesake breakfast dish, The Cherry Creeker created by Syrup owner Tim Doherty, is without a doubt way more mouthwatering: taking the classic eggs benedict up a notch, Doherty piles it high with hand-pulled corned beef hash that’s been slow-roasted for 10 hours, and tops it with a poached egg and a generous pour of hollandaise sauce. 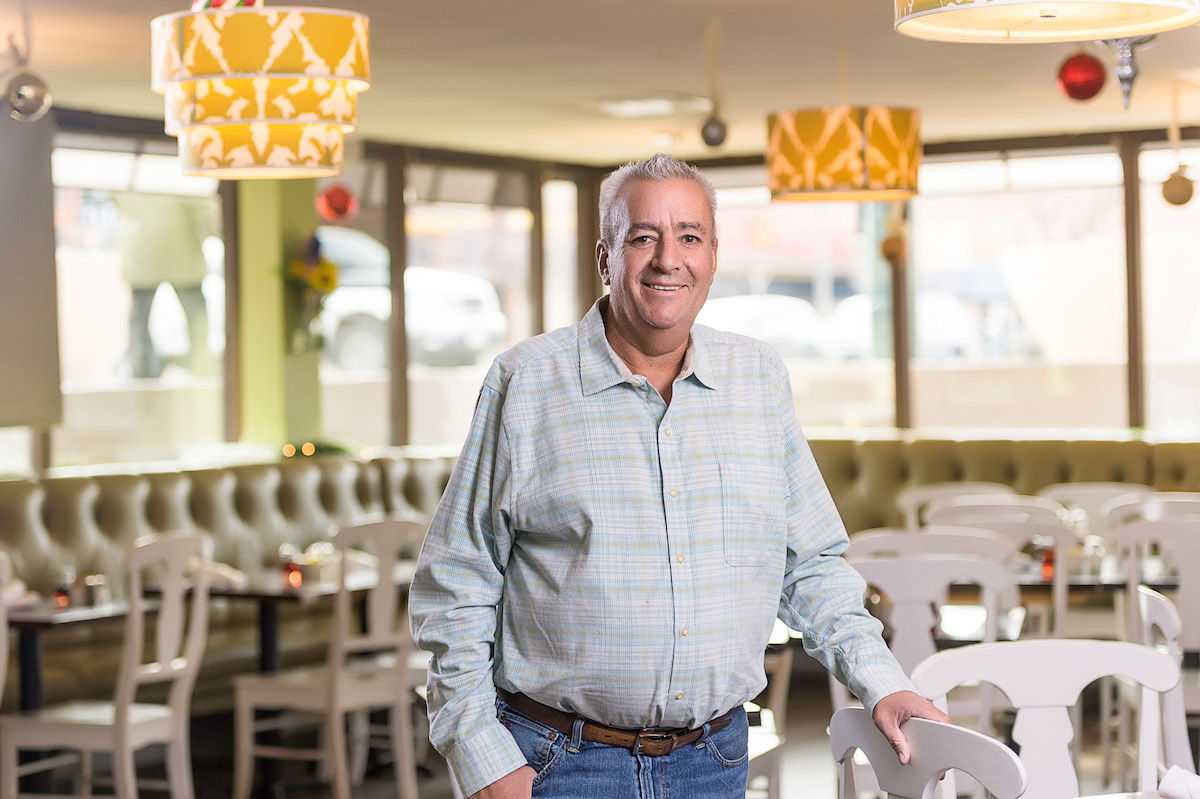 Tim Doherty opened the first Syrup location in Cherry Creek North in 2010 after decades in the bar business. Since then, he's added two more locations in Downtown and City Park, and just opened a new concept called The Shanty Supper Club last summer.

Since 2010, diners have flocked to Syrup’s original location on the corner of 3rd Avenue and Josephine Street for all the classic brunch and breakfast dishes, including everything from beignets, pancakes and waffles to benedicts, breakfast burritos and omelets, as well as innovative signature cocktails and a lunch menu with locally-inspired burgers, sandwiches and salads.

After more than two decades working in bars and serving as longtime bar manager at LoDo’s, Doherty realized in 2009 he was ready to move on from the late nights the bar business required. While visiting his parents in Florida, he closed the door on a deal to open a pizza joint and decided to follow the footsteps of Snooze co-founders and fellow Denverites Jon and Adam Schlegel by creating his own twist on the pancake house.

“I was at breakfast with my dad and I told him, ‘There’s this concept called Snooze, I know what they do and I know good food. I’m going to open up a breakfast place,’” Doherty says. “I had no location, no real plan yet – I just knew that no matter what I was going to do, it wasn’t going to involve staying up until 2 in the morning anymore.”

Later that year, he was walking around Cherry Creek North with his sister, who was in town for Christmas from Chicago, and noticed the for-rent sign. “I used to come here when it was the Egg Shell,” he says. “I loved coming here.”

Within 72 hours, he had a lease in his hand. 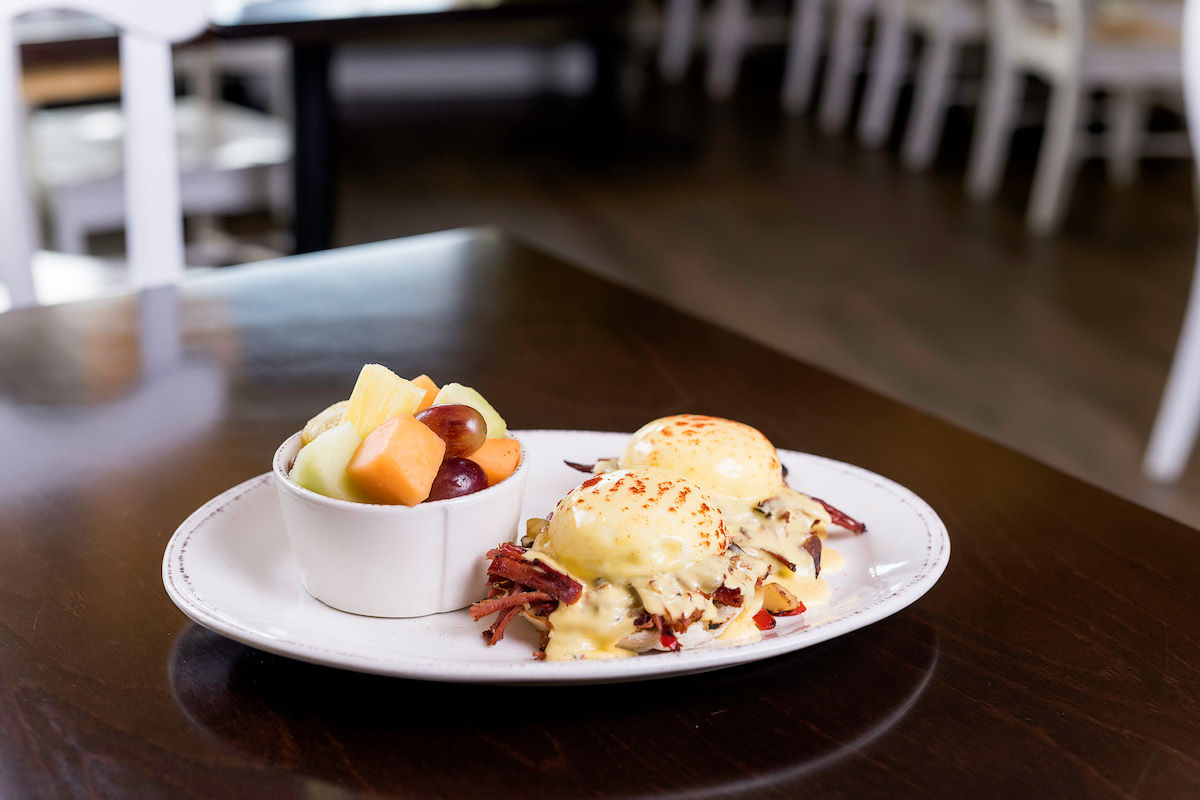 The Cherry Creeker, a signature eggs benedict, is piled high with corned beef hash that's been hand-pulled and slow roasted for 10 hours.

Going from infusing vodkas to infusing syrups (there are eight different housemade flavors on Syrup’s menu, plus rotating seasonal flavors) wasn’t easy at first—"I came from 27 years in the bar business. I went from going to bed at four in the morning to getting up at four in the morning.”—but he brought on a solid team of colleagues from his bartending days that he’s stayed loyal to for years, to whom he credits most of his success.

In the restaurant business, having employees you can count on is crucial, Doherty says. “The curtain goes up at 7:30 and goes down at 2:30, and between that time, there’s no intermission.”

And his team understands the need to deliver a consistently quality dining experience and impeccable service, especially with new restaurants popping up (and disappearing) all the time. “When times were tough, we didn’t change the quality of our product,” he explains. “We never cut in and found a cheaper way to do it, that’s just one thing we don’t do. Last year, when egg prices went up 400 percent, and 92 percent of your product is egg… We survived that. And we didn’t change our prices or our portion sizes.” 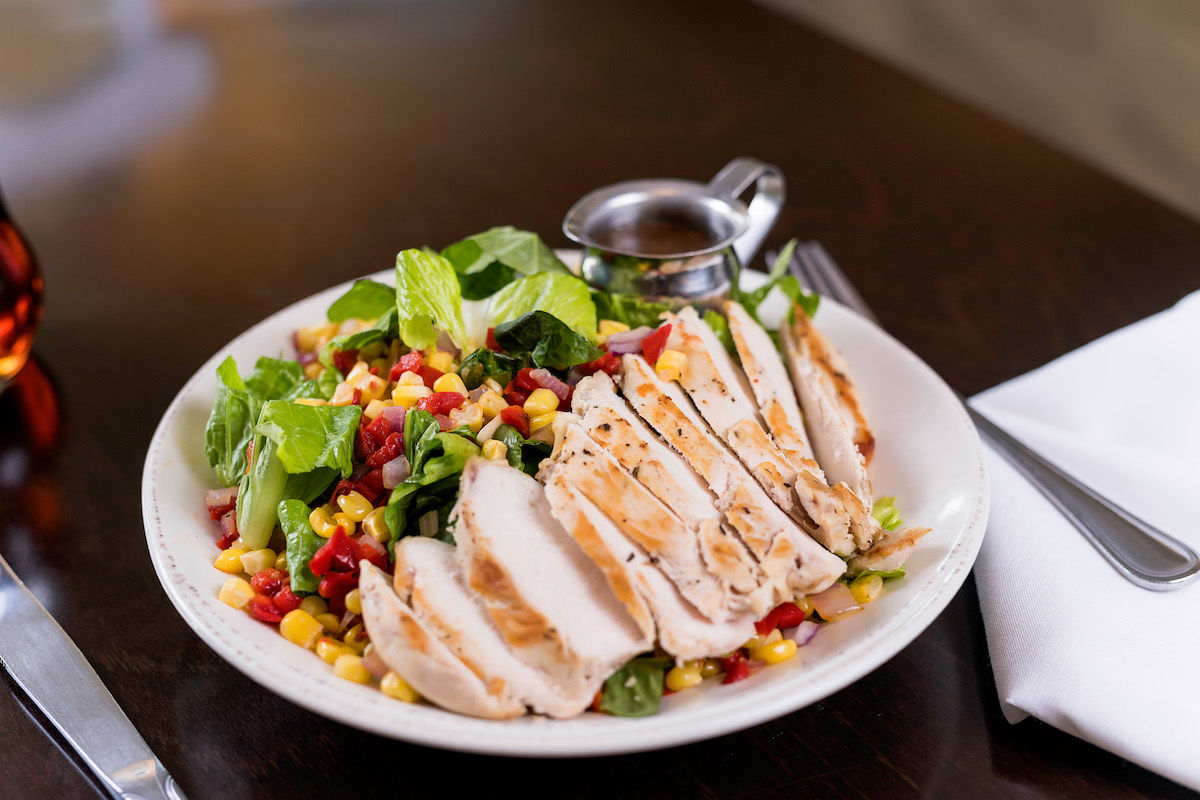 In just under nine years, Doherty’s added two Syrup locations (Downtown and City Park), expanded the Cherry Creek North location to include an additional 2,000 square feet of private banquet room/meeting space, and opened a new concept called The Shanty Supper Club just last summer. Shanty’s menu is centered on Midwestern classics and dishes Doherty, a Milwaukee native, has always loved, like prime rib, pot roasts and a weekly Friday night fish fry. This year, he has plans to open a to-go version of Syrup, called Syrup on the Fly, on 16th and Broadway.

“Syrup is the anchor to the Doherty Restaurant Group and Cherry Creek has always been good to me,” he says. “The key to it all is I still enjoy it. I love coming here on Sunday mornings and seeing people that come here before church, and maybe run to the other two locations and come back at 1pm and see I have a lot of loyal customers. They’ve been there through thick and thin, and I couldn’t do it without the neighborhood.”

Even with all the hustle and bustle of opening new restaurants, and even more expansion on the horizon, Doherty maintains his stick-to-the-basics approach to creating and maintaining the best breakfast experience.

“No one has ever left here mad,” he says. “Bacon and coffee helps.”